Why Torture Is NEVER Acceptable 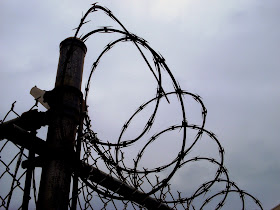 The facts about the USA using torture on terrorists is now becoming news and as expected, there are many arguing the practice of using torture is not only needed, but morally good.

Be that as it may, the Catholic Church is very clear - torture is never acceptable. We hear the counter argument - terrorists have a bomb and we might be able to find out where it is before they kill a lot of people AND we know they are evil and have killed before! But, we are not supposed to act like they do and we don't determine if something is morally ok by the end alone. Evil means can not be justified by good ends, and when we talk about torture - the good ends (getting information which might save lives) never can justify evil means (torture).

Torture - as the Catechism of the Catholic Church tells us:


2297 Torture which uses physical or moral violence to extract confessions, punish the guilty, frighten opponents, or satisfy hatred is contrary to respect for the person and for human dignity.

It goes on to say:


2298 In recent times it has become evident that these cruel practices were neither necessary for public order, nor in conformity with the legitimate rights of the human person. On the contrary, these practices led to ones even more degrading. It is necessary to work for their abolition. We must pray for the victims and their tormentors.

Benedict XVI - says this about torture:


Public authorities must be ever vigilant in this task, eschewing any means of punishment or correction that either undermine or debase the human dignity of prisoners. In this regard, I reiterate that the prohibition against torture “cannot be contravened under any circumstances”

The Pope was quoting the Compendium of Social Doctrine when he gave the quote above. Here is what the fuller quote says, in context:

In carrying out investigations, the regulation against the use of torture, even in the case of serious crimes, must be strictly observed: “Christ's disciple refuses every recourse to such methods, which nothing could justify and in which the dignity of man is as much debased in his torturer as in the torturer's victim”. International juridical instruments concerning human rights correctly indicate a prohibition against torture as a principle which cannot be contravened under any circumstances.

Now, I know that there are several Catholic writers, theologians and others who blur the distinctions between what constitutes torture and what doesn't. Violence (moral or physical) is the key here, as the Catechism defines torture. This is a moral absolute and the game of "what if" doesn't do justice to the situation, because we cannot justify the means by the ends. If we are truly pro-life, then we must be so in all cases, not just abortion and related issues.

If the means do justify the ends, then we have become consequentialists and our basing our morality off of the theory that is founded on utilitarianism and relativism. This is dangerous water to be treading in. What kind of people have we become when we sink to the level of torture? Is this what America ought to condone? Are we not better than this?

Maybe one of the greatest thinkers of the 20th Century can bring it home for us, when he says:

For a longer study on the issue, I recommend this link from the USCCB.
at 12:41 PM
Share